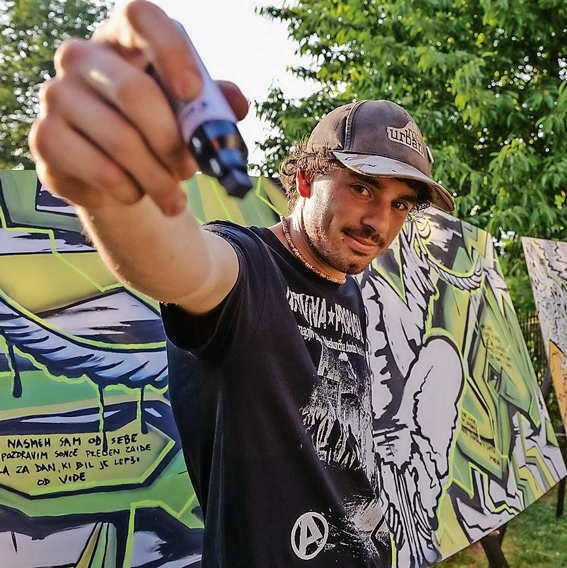 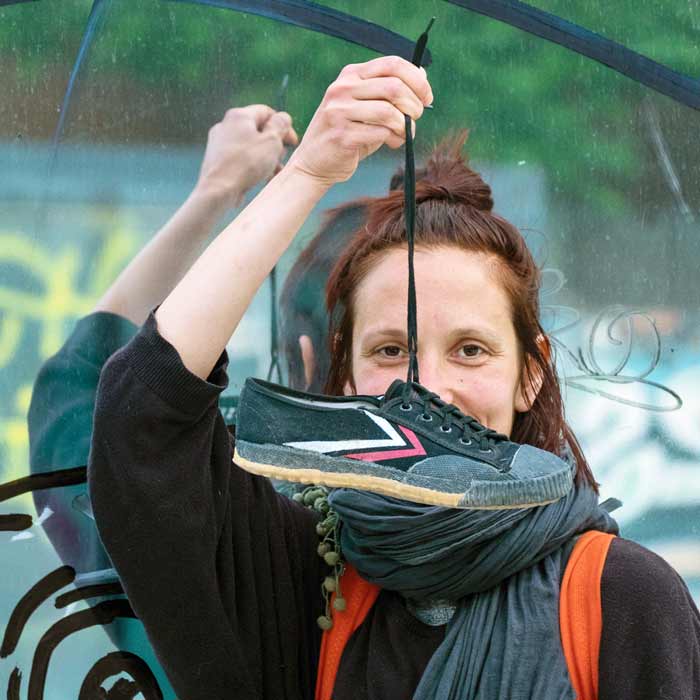 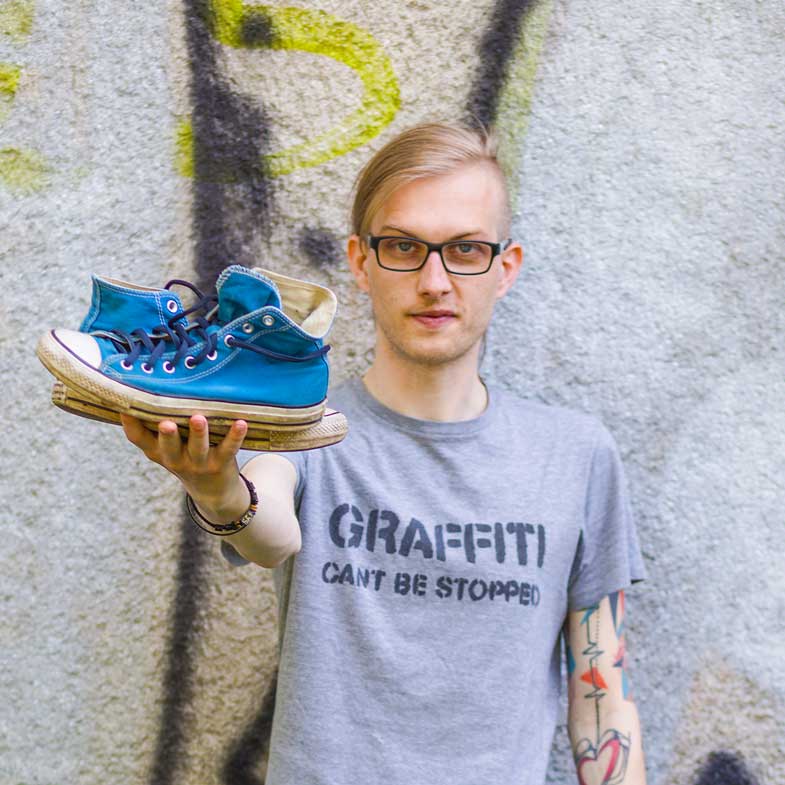 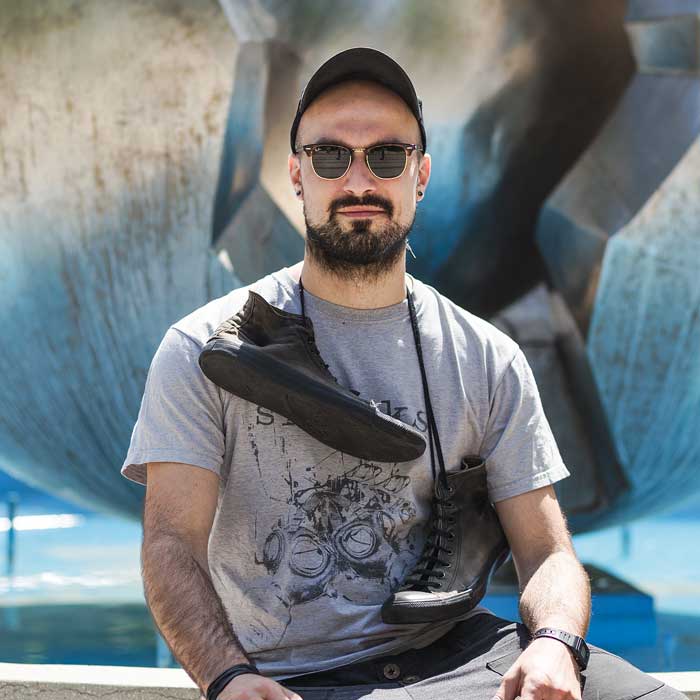 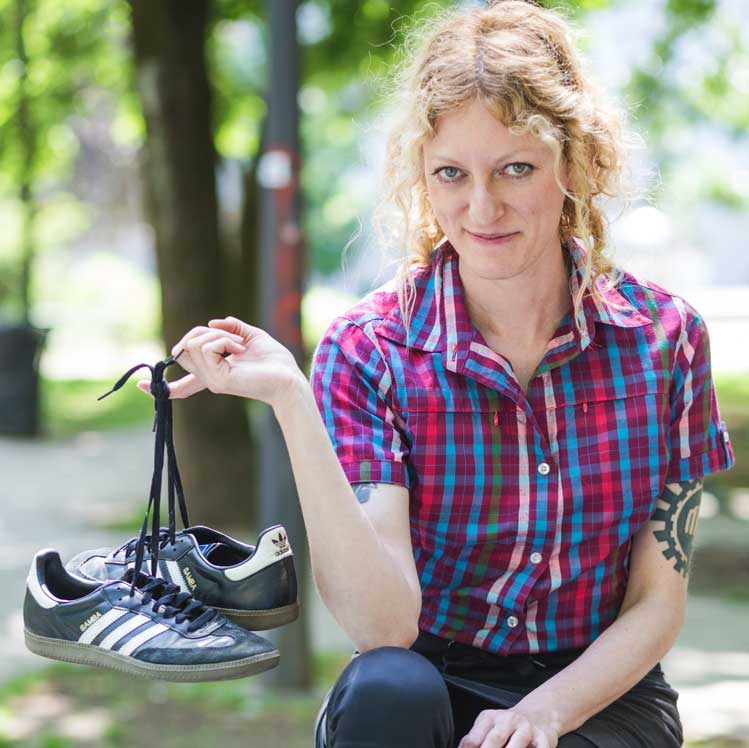 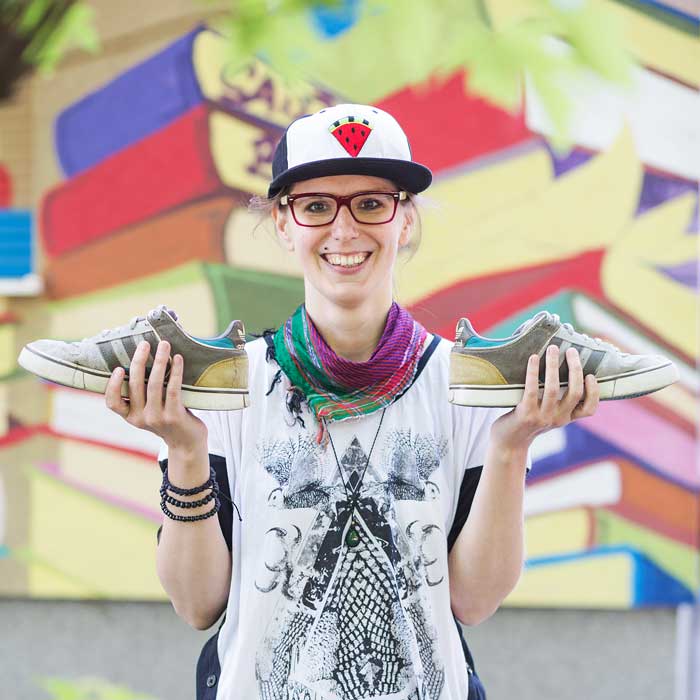 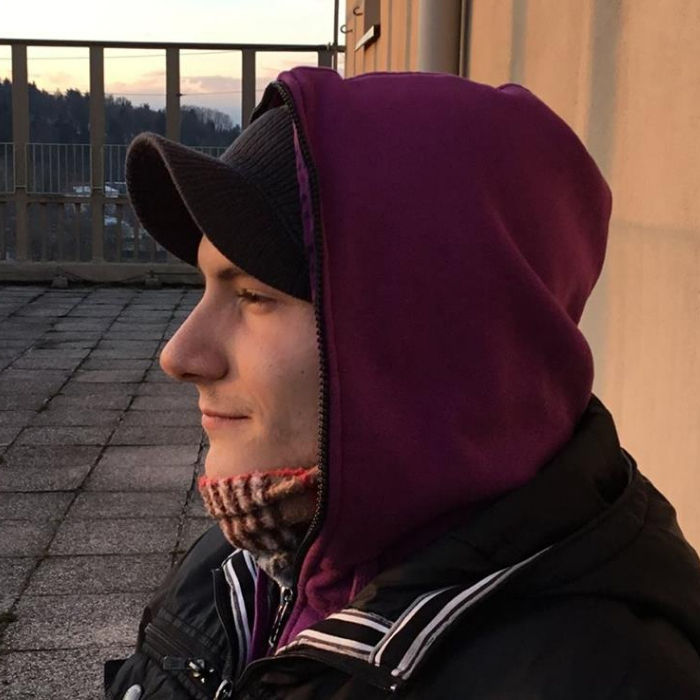 Tim is a graffiti writer, muralist, illustrator, puppet maker, and clothing designer. After his apprenticeship under the supervision of the painter Zmago Puhar, Tim dedicated his energy to art. He established and curates the “Turbo Gallery” showcasing young and unrecognized local artists. Tim is also an active member of the youth association SubArt where he regularly leads all sorts of workshops for youngsters and kids. Tim’s craft include juggling with materials and techniques such as silkscreen printing, knitting and clothing fabrication, theater puppets making and, last but not least, he is expressing his magic at regular street art and graffiti workshops.

A Cultural Studies graduate, Špela is a person of many identities but primarily she’s a visual artist working in the field of contemporary photography. A former journalist and art critic, she still works for the best indie radio in town, Radio Student, as an audio technician, cameraman and video editor. She’s also a theatre technician and light designer for Španski Borci and other performing art venues. She travelled and exhibited all over the world, including China where she spent two incredible years.

A photographer and visual artist, Nejc is deeply connected to urban and analogue culture. Since he took his first photo of graffiti he’s become addicted to street art in all its forms. Combining his artistic passions, he started creating stencils out of his own photos. In time he came up with a unique street art style while also working in graphics and photography. Nejc is interested in developing a contemporary artistic approach that puts forward an emotional response to social issues. He’s always on the lookout for new creative ways of reacting both to his subjective visions and to his objective surroundings. You can check out his work on his website! Apart from being a member of the Ljubljana Alternative Tours team, he is a concert and live events photographer at Kino Šiška cultural centre.

Struck by graffiti and street art over 15 years ago, Sandi’s daily life has been revolving around urban creativity ever since. An eager traveler, he has spent a great amount of time breathing in spray can odour in various parts of the world, managed to co-write a book on the local and international graffiti scene, and worked shoulder to shoulder with outstanding (street) artists. Besides wandering the streets of Ljubljana, he is wrapping up his book on the practice of tattooing in the former Yugoslavia and writing a PhD thesis on the sensory perceptions of Ljubljana.

An archaeology graduate, Katja is interested in both humanities and science. She is not a part of any subcultures, subcultures are a part of her. Once a streetpunk band frontwoman and still a regular gig-goer, Katja is coming from one of Ljubljana's most (in)famous neighbourhoods. Long-term street art fan, squatting and DIY activism supporter, gardener, dog owner, oriental dancer, and enthusiastic reader. Art and creativity are soul food, treat yourself to it.

A fan of graffiti and street art for as long as she can remember. Can’t take her eyes off the walls in every city she visits. Got even a better personal insight into this colorful world when she interviewed local graffiti artists for her bachelor thesis in geography. As a fan of street photography and landscape photography Leni is used to get up at strange hours to capture the mystic of the morning light. In constant search of Ljubljana’s photogenic locations Leni co-founded photo workshops (@trips4photos) and is the Ljubljana photo walk guide. 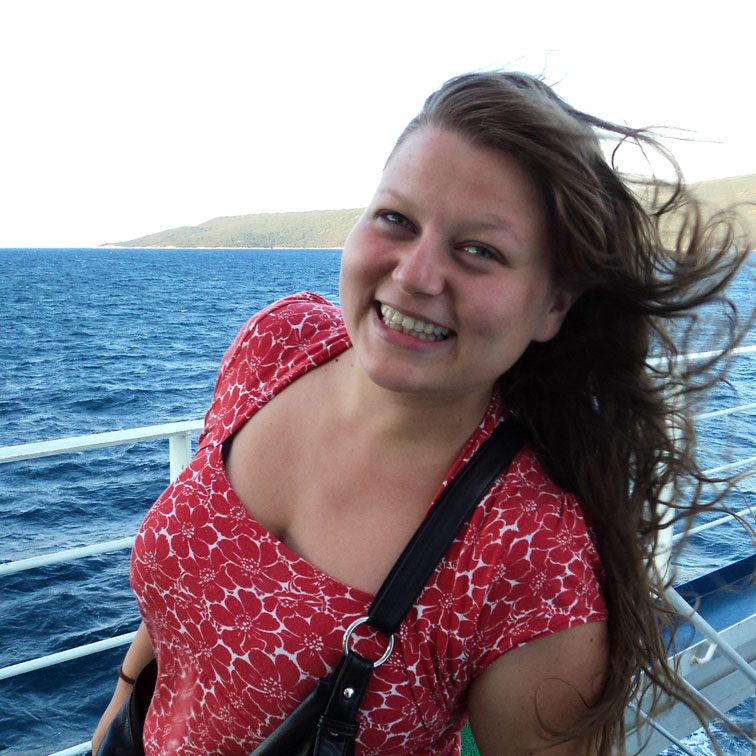 A cultural-sociology graduate, Tina is very interested in critical and analytical approaches towards various forms of art, from music and literature to visual arts. One could say that searching for meanings behind the “picture” is one of her passions. The more hidden the meaning the sweeter the revelation. Apart from being a member of the Alternative Ljubljana team, Tina is also a frontwoman in Ljubljana-based electro postpunk band Ludovik Material.

Activist in various grassroot culture and youth organizations became an NGO project manager by chance. Paper muddler by day reserves her evenings for live music events. Always sticking her nose into every sticker at the back of traffic signs, this street art appreciator will take you round the best gallery in town – the streets.